Catherine O’Neill, Chair of IfJ was invited by the charity JUSTICE to join iProbono and the Bar Human Rights Committee of England and Wales (BHRC), to run a training on working with vulnerable witnesses. The inaugural, Justice J.S. Verma Human Rights Advocacy Training, was held at faculty of the National Law University, Delhi (NLU Delhi). Justice Verma, who died recently, was a leading human rights lawyer who fought bravely for justice in the Indian courts. His grandchildren are currently trainee barristers in London. 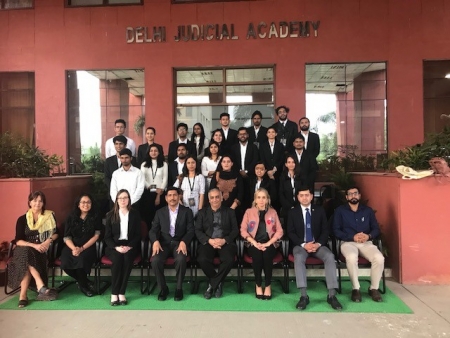 The programme, included training for students and practicing lawyers, addressed key gaps in legal education in India with a focus on effective litigation of sexual abuse cases and adapting the process for vulnerability.

Over six days, experts from the UK and India worked closely with students and lawyers who had travelled from many universities in India. When the course was advertised 200 people applied on the first day, indicating a keen interest! The aim was to give an understanding of how to effectively and sensitively examine vulnerable witnesses, when prosecuting and defending allegations of sexual and gender-based violence.

A refresher course on relevant domestic and international law was followed by advocacy training exercises; detailed consideration of ethical issues arising when handling vulnerable witnesses in sensitive cases; pre-trial preparation of vulnerable witnesses and best practice in cross examination. All of this was underpinned with an understanding of trauma informed practice, the use of props and the art of simplification of language! 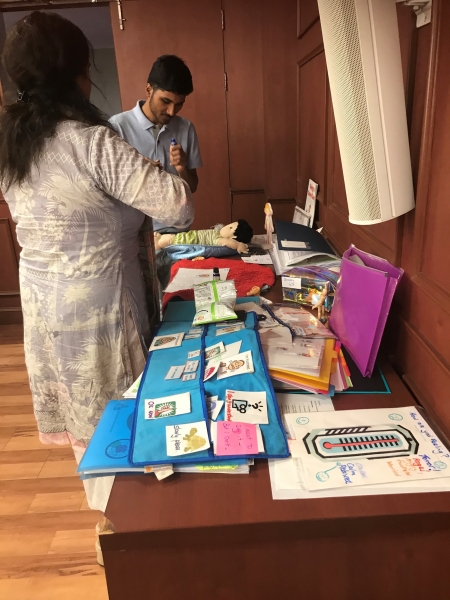 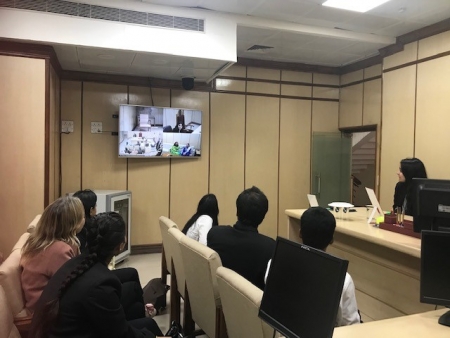 During the intensive course demonstrations of the use of props and role-play based on case studies of child sexual assault enhanced the attendees’ understanding of the needs of vulnerable people. We visited the Dwarka District Court which gave an insight into court infrastructure including the vulnerable witness complex. Delhi has worked very hard in setting up a vulnerable persons’ court which has rooms similar to a UK witness service area with sofas and toys.

The special court is a small room next to the live-link rooms. The defendant also sits in a separate link room adjacent to the small court room. The vulnerable person, including any child under 18 yrs, is able to have a ‘supporter’ who sits in the live-link room. This person is often a lawyer. All questions go through the judge who can modify them. We identified ‘the supporter’ as a potential way in for an ‘intermediary type’ role.

It was fascinating to attend a regular court which was a busy places where most people seem to stand. The defendant is not hand cuffed and stands alongside others in the well of the court. There is no jury system and cases can run for many years. 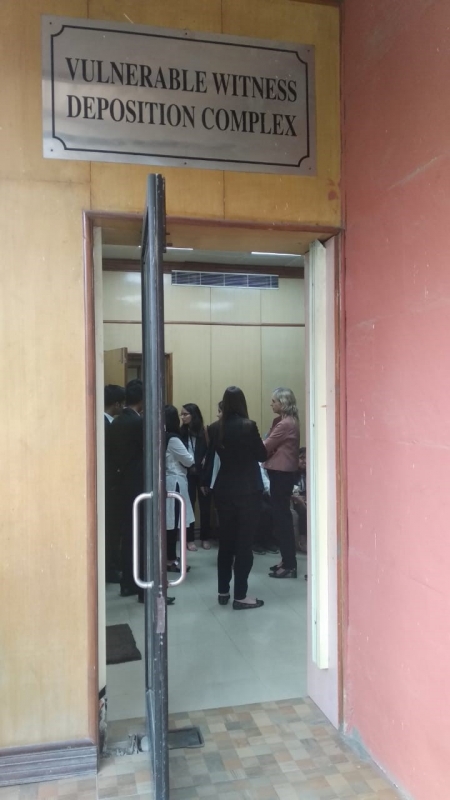 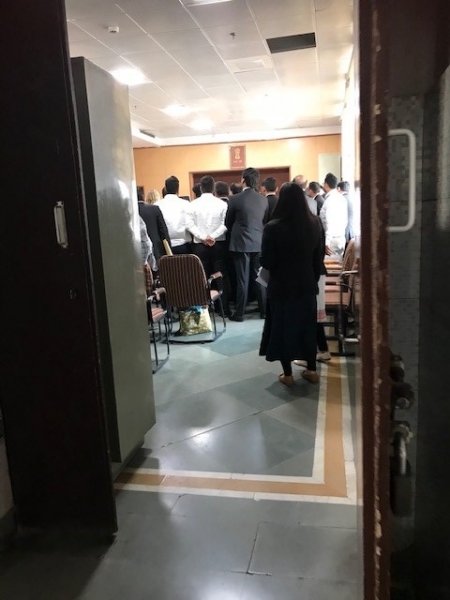 At the end of the course, the students applied their new skills and understanding in mock trials where they were assigned roles to practice both prosecution and defence advocacy skills. The trials were judged by Justice B.S. Chauhan and Kamini Jaiswal .

“The students were bright and confident. They were eager to learn and approached us whenever they had any doubts about the applicability of the knowledge they obtained during the workshop, to the Indian context.” – Ankita Goswami, Program Analyst, iProbono.

“We gained a remarkable experience through this training course. The most enriching part of the course was that we were being practically taught the principle techniques required in cases involving Vulnerable Witnesses under the guidance of the prominent lawyers in the UK and iProbono advocates. The entire 6-day training session was truly worth it and a great learning experience for me.” - Shalini A. Jha, B.A. LL.B. student, Kamla Nehru Institute (Faculty of Law), Faridipur campus, U.P

Chair of Intermediaries for Justice